I would like to make the case that the word ‘nevermind’ is quite possibly one of the rudest words in the English language  In fact, if you check the dictionary, the definition of the word actually states that nevermind is a word that is usually used in negative contexts.

So, why am I ranting and rambling on about this word? Well, last week I was in my office helping a student on a problem on a take home quiz. I know, I’m nicer than I should be, as I shouldn’t have been helping the student on a take home quiz to begin with. However, I knew it was a hard problem and I had given other several other students who had come into my office earlier that day a hint, so I thought that I should give this student a hint as well. But that’s beside the point right now.

Anyway, what happened next really made me angry: I gave the student the hint and the student kept on asking for more and kept on asking how I got a certain number in the problem. So, I decided that I would elaborate a little bit on the situation to try to provide insight into how the problem might be solved. And half-way through my explanation, the student utters the word, ‘nevermind’ and starts stomping off the other way. I started to say something nice like, ‘Well, what don’t you understand at this point?,’ but then I stopped myself and started yelling back at the student, ‘Yeah, you’re right. Nevermind. I tried to help you and if you’re going to be rude and interrupt me while I’m trying to help you, then nevermind. I’m not going to help you!”

Let me put it this way: Suppose you are a talking to someone who is hard of hearing. You ask them a question and they don’t hear you the first time. So, you ask them the question again and they still don’t hear you. Then, they say, ‘Could you please repeat that again?,’ and you since you’re getting frustrated and don’t want to repeat the question a third time, you say, ‘nevermind.’ Think about how small and degraded the hard of hearing person must feel at that point.

Another one of my students told me that she was at work last week and she was working a department at her store that she usually doesn’t work in. She was just filling in for someone who was sick. A customer asked her where something was and she said that she thought that they didn’t have the item anymore, but if they did, it would be down a certain aisle. The customer yelled at her, ‘Nevermind. You don’t know.’ Again, think about how the word ‘nevermind’ made my student feel, even though all she was doing was trying to help this customer.

We all need to be careful about what we say. Just the smallest word can really set the trigger off for someone. And one of those words for me is the word ‘nevermind.’ 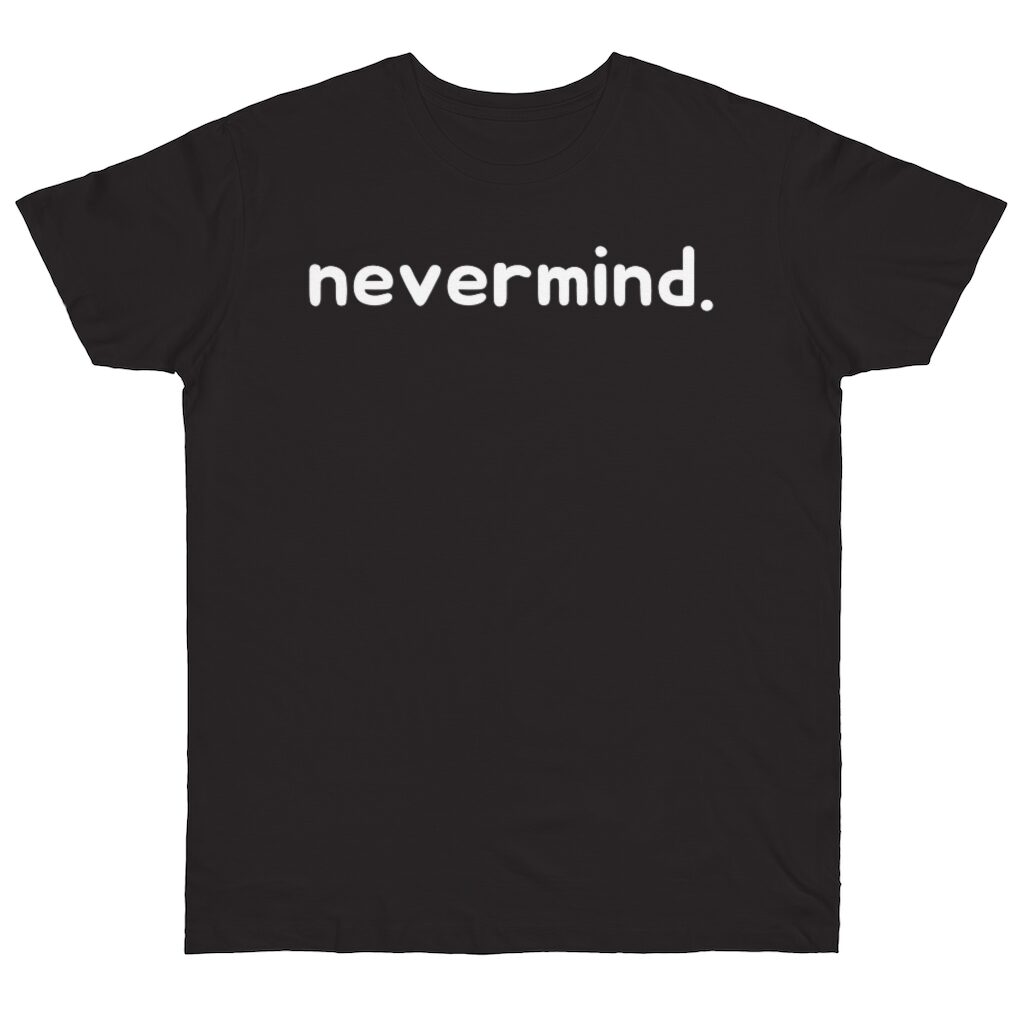